This April the Hambach forest near Cologne, Germany was occupied by a tree village effectively stopping the expansion of open cast coal mining in the region.   It took hundreds of police five days in November to evict the tree village.  Learn more about their on going struggle here.

While Glen and Matt and Isabel were locked inside a pipe they wrote us a letter of solidarity reprinted below. The fight is everywhere and the anti-extraction movement is growing.

Solidarity with those fighting coal in the Hambach forest and all anti-extraction movements everywhere! 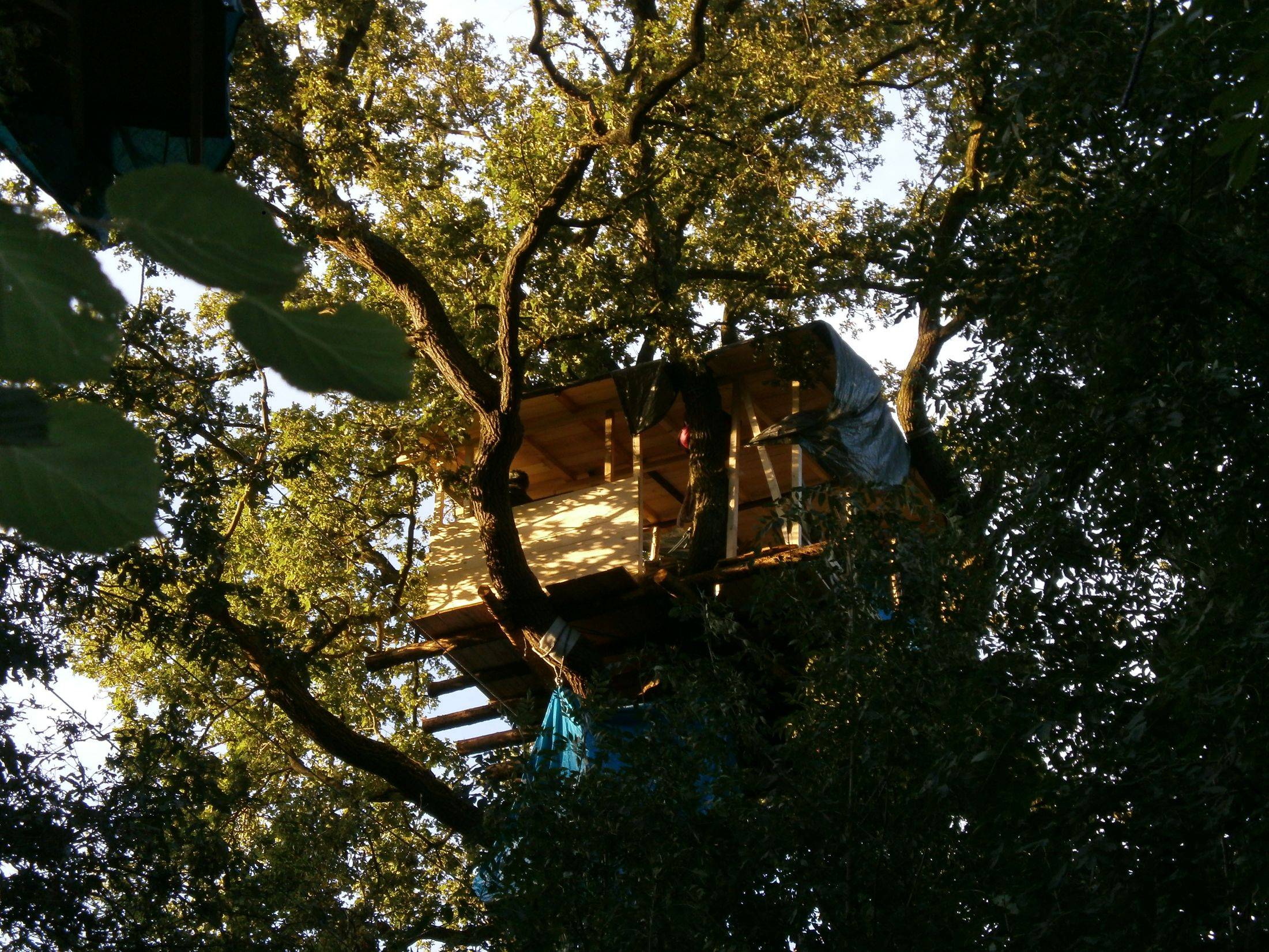 Love and greetings to Glenn Collins, Matt Almonte and everyone supporting them and other tar sands blockade actions! Direct action is necessary to prevent companies like TransCanada and RWE from devastating the planet. It feels great to see that across the Atlantic others are taking the same means to fight in the same issues as we do. Global warming, environmental damage and the industries causing them are international – and so is the resistance of energy struggles!

Our fight here in the Rhineland is against RWE, one of the four electricity monopolists in Germany and major energy supplier Europe-wide, and against the massive destruction they are dealing out for lignite extraction and combustion: In the Rhenish Brown-Coal Mining District (the dirtiest carbon dioxide emitting structure of Europe), more than half of the energy produced in five power plants is fed back directly for the operation of the three giant open cast mines – again, the largest of Europe. For their permanent extension, RWE regularly resettle villages, dump some of the most fertile farmland of Germany via conveyor belts, and now restarted clearing the Hambach Forest, one of the last primeval forests left in densely settled Mid-Europe.
But before that, they had to evict us – on November 19th, after four days of eviction, police wrenched the last activist out of a tunnel – a form of action newly introduced in Germany; we greatly recommend it! Guess the several concrete Lock-Ons in the treetops also annoyed them a lot… Seems like the police in Texas are as reckless as those in Germany – here as there they repeatedly endangered and threatened the lives of the ones locked on. Here as there they sent activists off properties, where they were tolerated by the owners. Here they even arrested the owner, before he was able to clarify that he possesses the field from which they were trying to evict the re-occupation! But repression backfired: The re-occupation is thriving with even more amazing local support than the first one.
Congratulations to your great invention of pipeline concrete lock-on blockades. This must really annoy them! And you know as we do, whatever they threaten you with – they can‘t risk to injure you! Stand strong, we are hoping for you. And we are curious how they will try to fix this.

Energy struggles must be one united fight on a global scale. Whether against tar sands, brown coal or nuclear power – the fossil energy sources and the power and economic systems they stand for need to be fought back in order to save this planet! The land grabbing and devastation they recklessly burden the people with cannot be tolerated! And the more repressive they fight back, the more we will become. The time to rescue this planet is running out, but in Texas, the Rhineland, in Colombia, Scotland and so many other places in the World, we are taking action to conserve our livelihood. The system is global – and so are we!

Together we stand!
Best wishes and good luck to Glenn and Matt

Permanent link to this article: https://tarsandsblockade.org/solidarity-letter-from-germany/