Glen is Out of Jail! 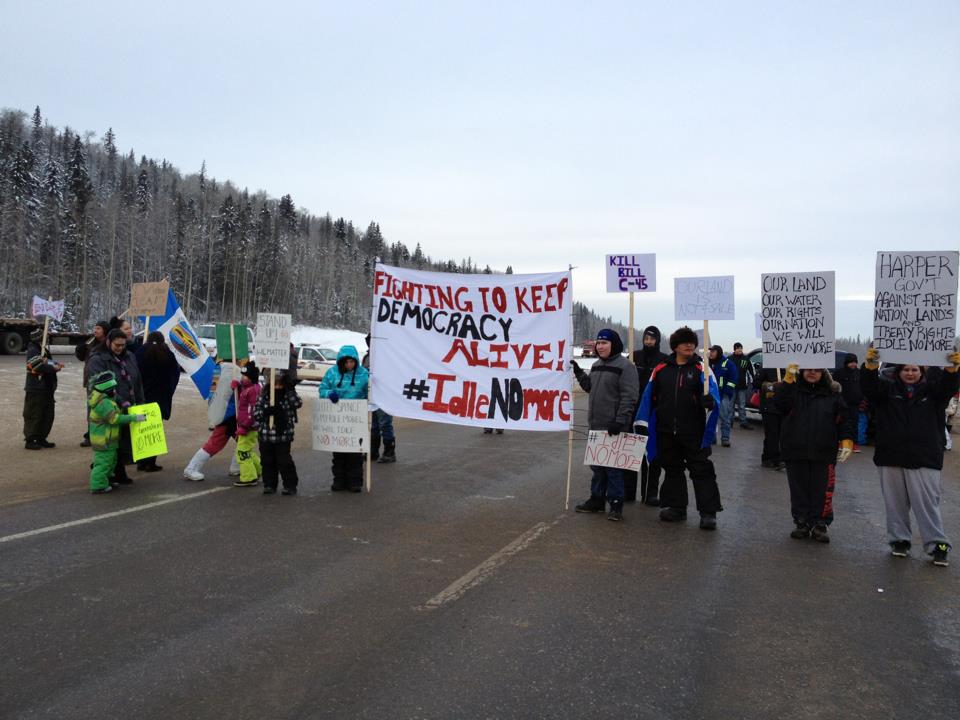 The blockade of Hwy 63 to the tar sands. Photo by Melina Laboucan-Massimo

APTN reports, “About 100 people blocked Hwy. 63 north of Fort McMurray, Alta., this afternoon, the main artery that leads to the tarsands. The chief of Athabasca Fort Chipewyan First Nation says people from more than five First Nations in and around the area took part in bringing traffic to a crawl for over two hours. …The protesters used their bodies to block the road, standing in both lanes with signs bearing the Idle No More banner, and shouting their support for Chief Theresa Spence.”

We at TSB are incredibly inspired by recent actions undertaken under the banner Idle No More and especially this highway blockade near the source of dirty tar sands extraction.

Tar Sands Blockade continues to stand in solidarity with the Athabasca Chipewyan First Nation in the battle against tar sands extraction and declares our explicit support of the Idle No More movement. For First Nations sovereignty! Against all resource extraction!

Permanent link to this article: https://tarsandsblockade.org/highway-blockade-near-fort-mcmurray/