We just heard about another organization that has sprung up in Oklahoma to fight the tar sands! They are called Great Plains Tar Sands Resistance. Below is a press release they sent us this morning. You can check out their website for details and updates.
___

Monday, February 4th: Early this morning, Norman, Oklahoma resident Elizabeth Leja locked her neck to equipment used in constructing the Keystone XL pipeline. Citing concerns for Oklahoma’s waterways and their importance for the health of future generations, her actions have halted construction at the site on Highway 62, just North of the North Canadian River, for the day. The Gulf Coast Project is the Southern segment of the proposed Keystone XL pipeline, a 7 billion dollar project by multinational TransCanada. It is slated to transport diluted bitumen from Cushing, OK through East Texas to refineries in Houston and Port Arthur. Broad coalitions of activist groups and concerned residents have cited concerns over the dangers diluted bitumen poses to important North American watersheds and the communities supported by them.

Leja is working with a coalition of groups and individuals called Great Plains Tar Sands Resistance, who are dedicated to stopping tar sands transportation through the Great Plains region. She stands in solidarity with scores of anti-extraction activists in Texas who have, for months, used similar tactics to oppose and actively blockade the construction of the pipeline there. Her action also follows the recent commitment in South Dakota by of a number of Tribes, indigenous groups and allies to resist the Northern segment of the Keystone XL pipeline through the signing of the International Treaty to Protect the Sacred.

The tar sands mining project in Northern Alberta is the largest industrial project in the history of humankind, which when fully realized will have destroyed pristine boreal forest and left a toxic wasteland the size of New York State. The corrosive nature of   diluted bitumen makes pipelines prone to leaks and when spills occur, the heavier diluted bitumen sinks into the water table. From Alberta to the US Gulf Coast, tar sands industry disproportionately affects indigenous and traditionally marginalized communities of color, poisoning the land base and water supply that rural communities rely on. The Keystone XL, as it snakes its way through the heartland of North America, not only crosses numerous major rivers, but the Ogallala Aquifer, which provides drinking and agricultural water for huge sections of the American Midwest.

“The North Canadian river, which the Keystone XL crosses just south of here, isn’t something that we can compromise,” said Leja “These two years of drought have made our waterways even more sacred, and the dilbit they want to put in that pipeline is just crazy, it isn’t safe.”

Communities directly impacted by this industry, as well as a growing North American Anti-Extraction movement have made halting tar sands transportation by the Keystone XL an international priority. 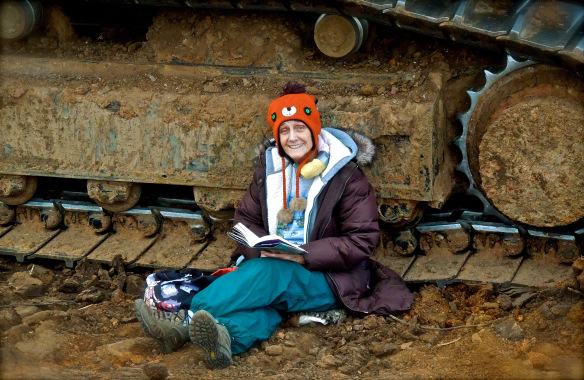 Elizabeth reading her book, locked to an excavator, shortly before being cut out. 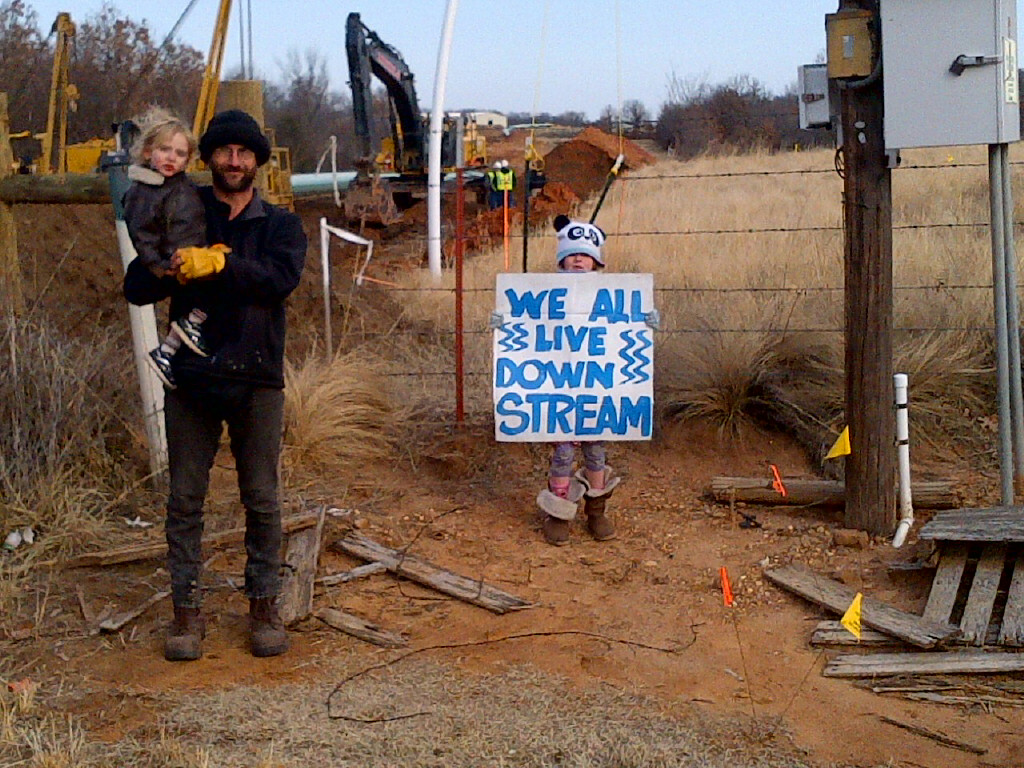 Part of the multi-generational crowd that has gathered to support Elizabeth, who is still going strong in the background! 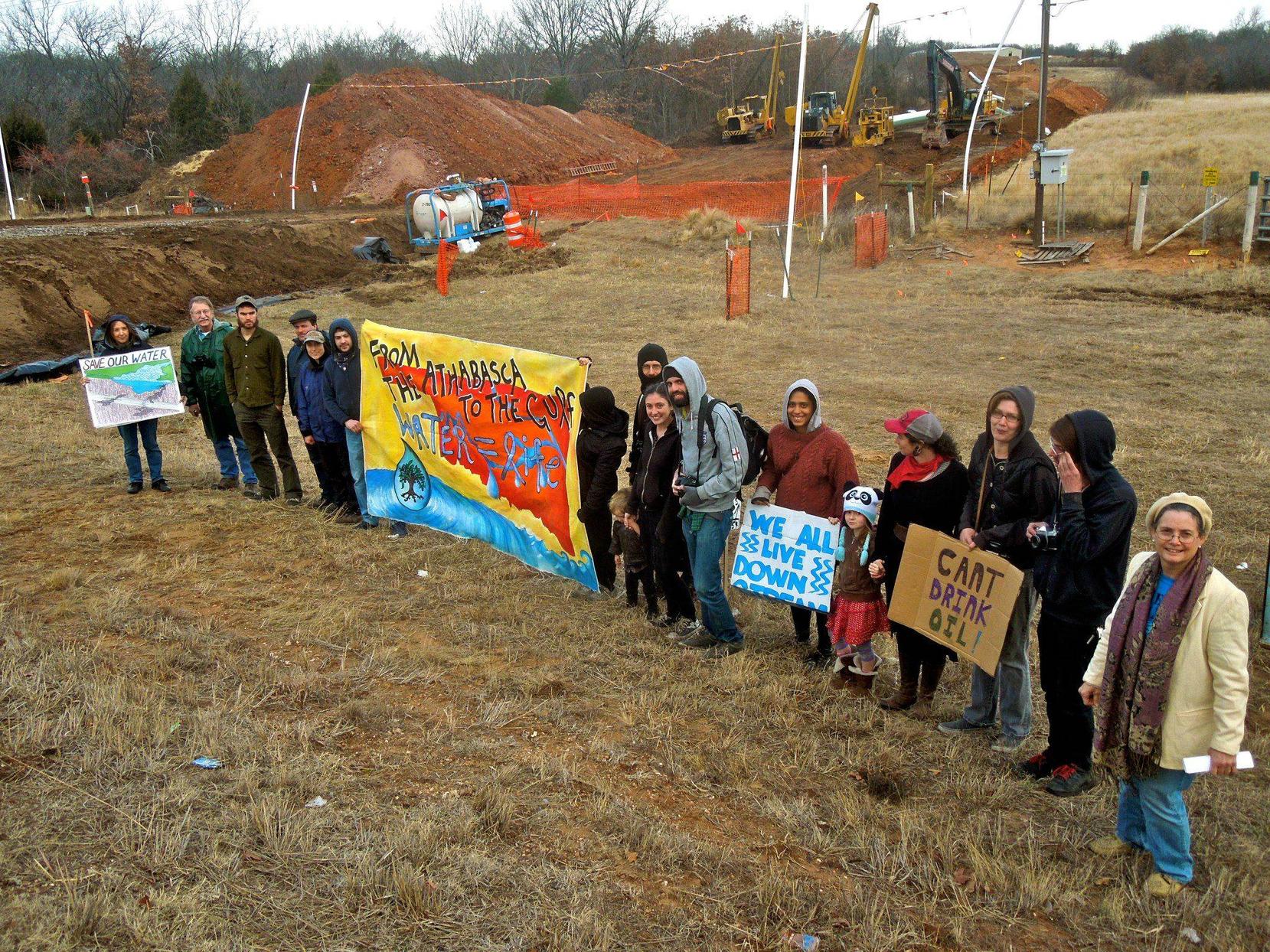 Permanent link to this article: https://tarsandsblockade.org/gptsr/